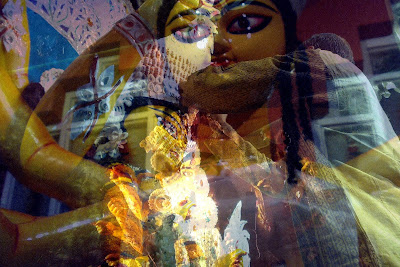 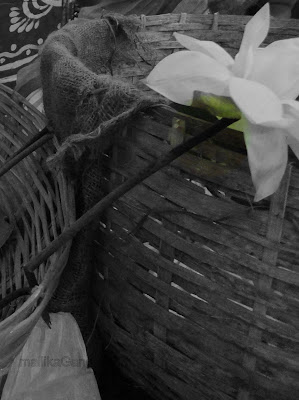 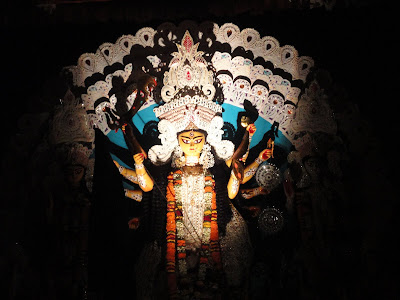 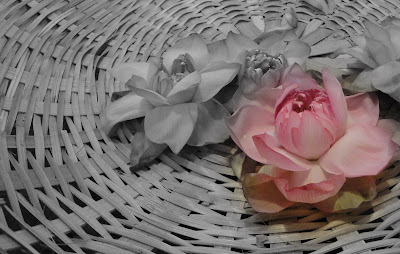 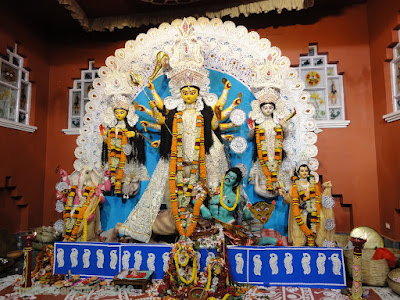 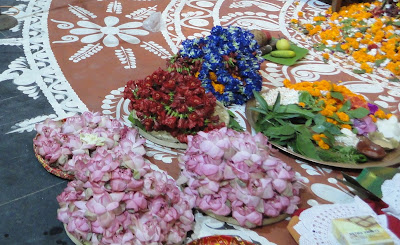 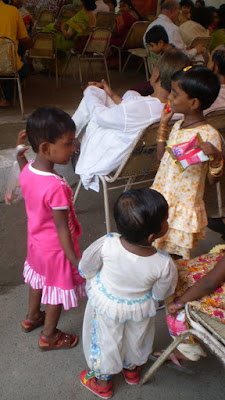 After the maddening frenzy and exhilaration of Durga Pujo comes a lassitude and silence that is unnerving . Images remain . Of the next door maid's two children decked out in what is probably the only new attire their parents have managed to buy - hair slicked back , a red clip resplendent on the oiled hair , squeaking new red shoes , the octogenarian couple , the gent togged up in a fine muslin kurta and dhoti , firmly clutching his ivory handled walking stick , kept for occasions such as this , while his wife wears a flamboyant red bordered dhakai with a thousand bootis in red and brilliant green and Rohan with a pair of red boots which he is reluctant to take off and Tani with her two pairs of ear studs .The spotlight falling on the Durga image . , the 108 pink lotuses and the stray white one which is kept aside ...On Dashami - the idol's brow smeared with sindoor , alone in the truck - taken back the way she came with her children , somewhat like being deported to and from a transit camp.
Posted by Unknown at 2:49 am

Beautiful pictures and post--the anti-climax and nostalgia after the event so beautifully conveyed.

Very evocative :) I don't know if the photos were more beautiful, or the words that followed, which read like photographs to me.

loved the pictures and your post....made me miss the pujas.