when bunny came to visit 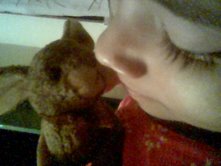 It is determined to be a bunny - albeit it has a bobtail and long floppy hare-y ears - but its legs and nose are undecidedly un bunny . However , the moppet informed me it came from Germany so maybe German bunnys are like that ..


Then there was an awful baby dino ( seen partly to the moppet's right) which went awk awk in a deep hoarse bass with a quaver in the middle ( yes there can be such a thing !) which threatened to eat up bunny .. 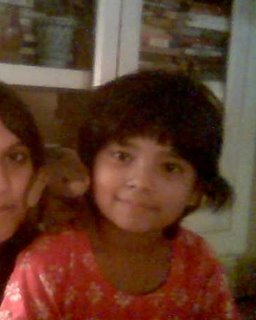 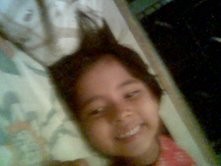 Not that the moppet was perturbed - we had a ball , baby dinos notwithstanding ! 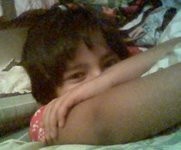 And the moppet even did a flip 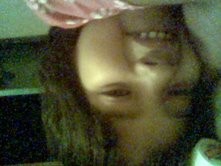 Email ThisBlogThis!Share to TwitterShare to FacebookShare to Pinterest
Labels: family

hi! Too bad we can't see the dino too!

@hillgrandmom- sure you can - only a part of it though !

hi, cute pix! thanks 4 that nice comment on my blog.

Awwwww. Thats a cute moppet with her menagerie. Thoroughly refreshing.

Thanks for visiting my blog. Yours is very interesting, and I love all your photos (moppet and others).